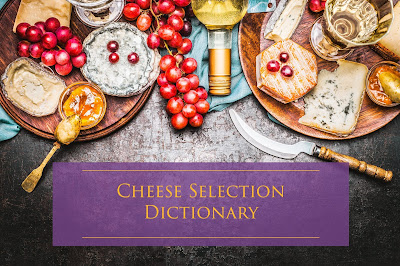 Know your cheese selections from around the world. Build your Cheese knowledge to share with friends & family.

Browse the cheese dictionary below! 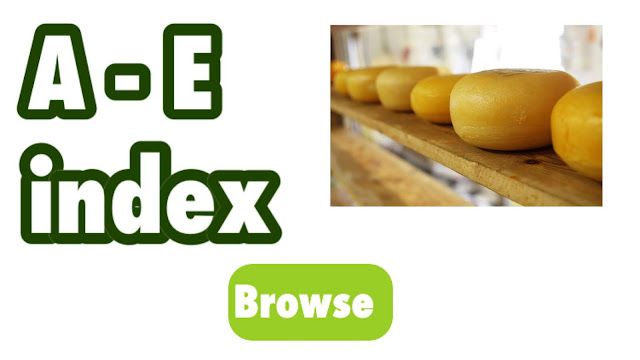 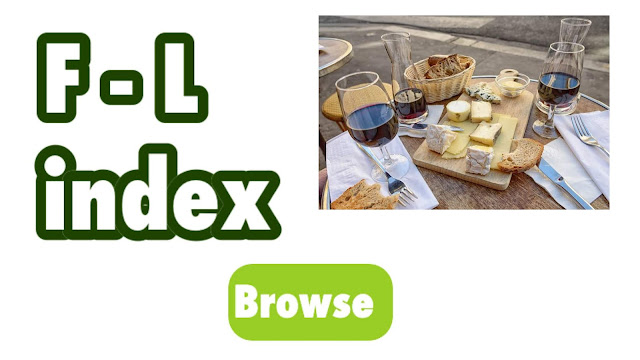 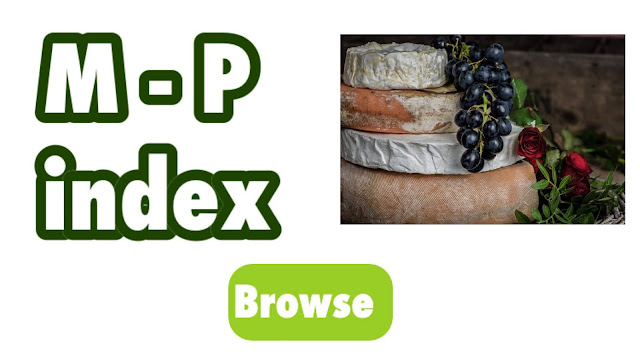 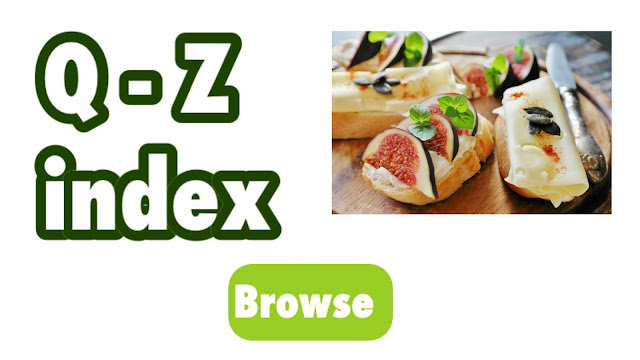 One of the world's first outsize cheeses officially weighed in at four tons in a fair at Toronto, Canada, seventy years ago. Another monstrous Cheddar tipped the scales at six tons in the New York State Fair at Syracuse in 1937.

Before this, a one-thousand-pounder was fetched all the way from New Zealand to London to star in the Wembley Exposition of 1924. But, compared to the outsize Syracusan, it looked like a Baby Gouda. As a matter of fact, neither England nor any of her great dairying colonies have gone in for mammoth jobs, except Canada, with that four-tonner shown at Toronto.

We should mention two historic king-size Chesters. You can find out all about them in Cheddar Gorge, edited by Sir John Squire. The first of them weighed 149 pounds, and was the largest made, up to the year 1825. It was proudly presented to H.R.H. the Duke of York. (Its heft almost tied the 147-pound Green County wheel of Wisconsin Swiss presented by the makers to President Coolidge in 1928 in appreciation of his raising the protective tariff against genuine Swiss to 50 percent.) While the cheese itself weighed a mite under 150, His Royal Highness, ruff, belly, knee breeches, doffed high hat and all, was a hundred-weight heavier, and thus almost dwarfed it.
It was almost a century later that the second record-breaking Chester weighed in, at only 200 pounds. Yet it won a Gold Medal and a Challenge Cup and was presented to the King, who graciously accepted it. This was more than Queen Victoria had done with a bridal gift cheese that tipped the scales at 1,100 pounds. It took a whole day's yield from 780 contented cows, and stood a foot and eight inches high, measuring nine feet, four inches around the middle. The assembled donors of the cheese were so proud of it that they asked royal permission to exhibit it on a round of country fairs. The Queen assented to this ambitious request, perhaps prompted by the exhibition-minded Albert. The publicity-seeking cheesemongers assured Her Majesty that the gift would be returned to her just as soon as it had been exhibited. But the Queen didn't want it back after it was show-worn. The donors began to quarrel among themselves about what to do with the remains, until finally it got into Chancery where so many lost causes end their days. The cheese was never heard of again.

While it is generally true that the bigger the cheese the better, (much the same as a magnum bottle of champagne is better than a pint), there is a limit to the obesity of a block, ball or brick of almost any kinds of cheese. When they pass a certain limit, they lack homogeneity and are not nearly so good as the smaller ones. Today a good magnum size for an exhibition Cheddar is 560 pounds; for a prize Provolone, 280 pounds; while a Swiss wheel of only 210 will draw crowds to any food-shop window.
Yet by and large it's the monsters that get into the Cheese Hall of Fame and come down to us in song and story. For example, that four-ton Toronto affair inspired a cheese poet, James McIntyre, who doubled as the local undertaker.
We have thee, mammoth cheese,
Lying quietly at your ease;
Gently fanned by evening breeze,
Thy fair form no flies dare seize.
All gaily dressed soon you'll go
To the greatest provincial show,
To be admired by many a beau
In the city of Toronto.
May you not receive a scar as
We have heard that Mr. Harris
Intends to send you off as far as
The great world's show at Paris.
Of the youth beware of these,
For some of them might rudely squeeze
And bite your cheek; then song or glees
We could not sing, oh, Queen of Cheese.
An ode to a one hundred percent American mammoth was inspired by "The Ultra-Democratic, Anti-Federalist Cheese of Cheshire." This was in the summer of 1801 when the patriotic people of Cheshire, Massachusetts, turned out en masse to concoct a mammoth cheese on the village green for presentation to their beloved President Jefferson. The unique demonstration occurred spontaneously in jubilant commemoration of the greatest political triumph of a new country in a new century―the victory of the Democrats over the Federalists. Its collective making was heralded in Boston's Mercury and New England Palladium, September 8, 1801:
The Mammoth Cheese

AN EPICO-LYRICO BALLAD
From meadows rich, with clover red,
A thousand heifers come;
The tinkling bells the tidings spread,
The milkmaid muffles up her head,
And wakes the village hum.
In shining pans the snowy flood
Through whitened canvas pours;
The dyeing pots of otter good
And rennet tinged with madder blood
Are sought among their stores.
The quivering curd, in panniers stowed,
Is loaded on the jade,
The stumbling beast supports the load,
While trickling whey bedews the road
Along the dusty glade.
As Cairo's slaves, to bondage bred,
The arid deserts roam,
Through trackless sands undaunted tread,
With skins of water on their head
To cheer their masters home,
So here full many a sturdy swain
His precious baggage bore;
Old misers e'en forgot their gain,
And bed-rid cripples, free from pain,
Now took the road before.
The widow, with her dripping mite
Upon her saddle horn,
Rode up in haste to see the sight
And aid a charity so right,
A pauper so forlorn.
The circling throng an opening drew
Upon the verdant-grass
To let the vast procession through
To spread their rich repast in view,
And Elder J. L. pass.
Then Elder J. with lifted eyes
In musing posture stood,
Invoked a blessing from the skies
To save from vermin, mites and flies,
And keep the bounty good.
Now mellow strokes the yielding pile
From polished steel receives,
And shining nymphs stand still a while,
Or mix the mass with salt and oil,
With sage and savory leaves.
Then sextonlike, the patriot troop,
With naked arms and crown,
Embraced, with hardy hands, the scoop,
And filled the vast expanded hoop,
While beetles smacked it down.
Next girding screws the ponderous beam,
With heft immense, drew down;
The gushing whey from every seam
Flowed through the streets a rapid stream,
And shad came up to town.
This spirited achievement of early democracy is commemorated today by a sign set up at the ancient and honorable town of Cheshire, located between Pittsfield and North Adams, on Route 8.
Jefferson's speech of thanks to the democratic people of Cheshire rings out in history: "I look upon this cheese as a token of fidelity from the very heart of the people of this land to the great cause of equal rights to all men."
This popular presentation started a tradition. When Van Buren succeeded to the Presidency, he received a similar mammoth cheese in token of the high esteem in which he was held. A monstrous one, bigger than the Jeffersonian, was made by New Englanders to show their loyalty to President Jackson. For weeks this stood in state in the hall of the White House. At last the floor was a foot deep in the fragments remaining after the enthusiastic Democrats had eaten their fill.

APPLE CHOCOLATE.
Boil in 1 quart of new milk 1 pound scraped French chocolate and 6 ounces of white sugar.
Beat the yolks of 6 eggs and the whites of 2.
When the chocolate has come to a boil, take off of fire; add the eggs, stirring well.
At the bottom of a deep dish place a good layer of pulped apple, sweetened to taste; season with cinnamon.
Pour chocolate over it and place the dish on a saucepan of boiling water.
When the cream is set firmly it is done.
Sift powdered sugar over it, and glaze with a red hot shovel.
APPLE JAM.
Pare and core 2 dozen full-grown apples;
put in a saucepan with water enough to cover them;
boil to a pulp, mash with a spoon till smooth, and to every pint of fruit put half pound of white sugar;
boil again 1 hour; skim, if necessary. When cold put in preserving jars.
APPLE POT-PIE.
Fourteen apples peeled, cored, and sliced;
1½ pints flour,
1 teaspoonful baking-powder,
1 cupful sugar,
½ cupful butter, 1 cupful milk,
Read more

FRENCH WORDS IN COOKING. Aspic:—Savory jelly for cold dishes. Au gratin:—Dishes prepared with sauce and crumbs and baked. Bouchées:—Very thin patties or cakes, as name indicates—mouthfuls. Baba:—A peculiar, sweet French yeast cake. Bechamel:—A rich, white sauce made with stock. Bisque:—A white soup made of shell fish. To Blanch:—To place any article on the fire till it boils, then plunge it in cold water; to whiten poultry, vegetables, etc. To remove the skin by immersing in boiling water. Bouillon:—A clear soup, stronger than broth, yet not so strong as consommé, which is "reduced" soup. Braisé:—Meat cooked in a closely covered stewpan, so that it retains its own flavor and those of the vegetables and flavorings put with it. Brioche:—A very rich, unsweetened French cake made with yeast. Cannelon:—Stuffed rolled-up meat. Consommé:—Clear soup or bouillon boiled down till very rich, i.e. consumed. Croquettes:—A savory mince of fish or fowl, made with sauce into shapes, and fried. Croustades…
Read more

5 French Menu Ideas to try out 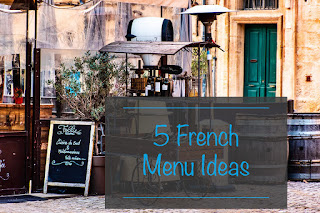 
Menu I
Potage GourmetEglefin à la Maître d'HôtelPommes de Terre, CasseroleSalade de Tomates et de LaitueCanards Sauvages, Sauce OrangeSoufflé au CitronPotage Gourmet. —Pour into a saucepan about a quart of the water in which potatoes have been boiled, add a small amount of cold chicken cut in small dice, two tablespoonfuls of boiled rice, two tablespoonfuls of cooked green peas and one truffle cut into dice, also pepper and salt, along with one or two whole cloves. Bring to a boil, allow to simmer for fifteen minutes, and serve.

Eglefin à la Maître d'Hôtel. —Cut a cleaned haddock open at the back on each side of the bone, dust with pepper
and salt, dip in flour, place on a gridiron over a clear fire and cook for about twenty minutes, turning carefully from time to time. Remove from the fire, place two ounces of butter on the back of the fish, place it in the oven to melt the butter, then, put the fish on a hot platter and sprinkle with mince parsley and lemon juice, t…
Read more